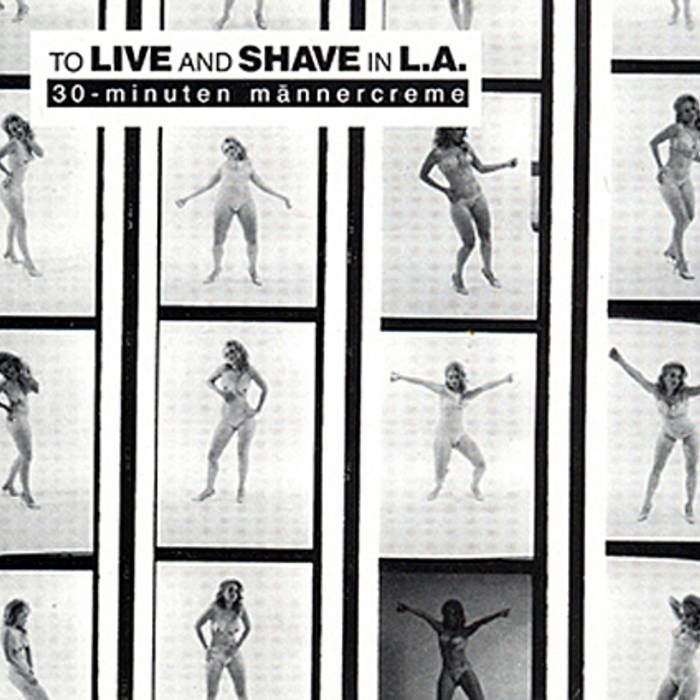 Re TLASILA's debut album, 30-minuten männercreme: Tom Smith wrote and produced 30-mm from August 1991 (when "Shot Your Mouth Off" began to take shape on paper) to November 1993, the point at which he seriously began pruning the 80-odd tracks that had been assembled. Forty ultimately made the final, befouled cut. The band was just Tom at this early juncture, but some of the names that would later become familiar were hovering: Frank "Rat Bastard" Falestra mixed eight of the 40 tracks, Harry Pussy's Bill Orcutt and Adris Hoyos played on several of them, and Oscar Perez, Tigra L'Trimm, and Tracie Phillips, all of whom appeared with Smith in the Doris Wishman-directed "Spatters of a Royal Sperm" long-form video, exploded over several shrieking shards. Tom started a label called Love Is Sharing Pharmaceuticals out of his Miami Beach apartment, had 1,300 copies pressed in June 1994, and finally sold the last remaining handful in 2008. Scoop it up, dear friends, if it's rigorous aesthetic convulsion you prefer.

Recorded at Sync Studios, Telemundo Studios, and Churchill's Hideaway January 1992 to November 1993 by Tom Smith, Rat Bastard, and Edward Bobb (who engineered the sessions for "Good Old Gospel Ship"). Tom mixed thirty-two of the songs, and Rat mixed eight of them. Produced by Tom Smith.