Amour Fou on the Edge of Misogyny 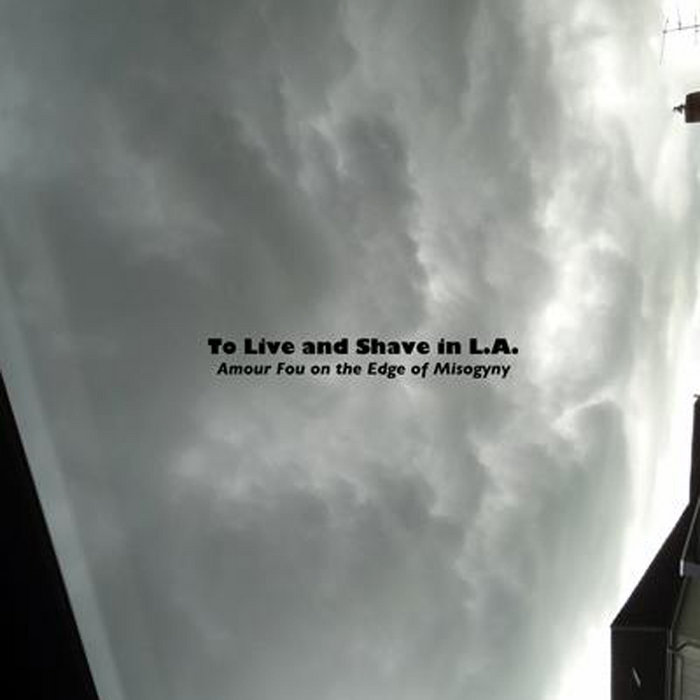 To Live and Shave in L.A. - Amour Fou on the Edge of Misogyny

We extend our chronologically disjointed series of TLASILA album offerings with this Billy Taylor-produced oddity from early 1998. Released three years after its conception in a microscopic edition of fifteen on the Hair Police-related imprint Gods of Tundra, Amour Fou passed quickly into oblivion.

Mr. Taylor, as some of you perhaps recall, was a member of Melted Men, and had previously plied his disruptive trade in Chinny Chin Chin, Wÿfe, and other convulsive Southern aggregations. A brilliant guy, never trenchantly so - he toured with TLASILA from 1997-8. I produced a solo album for Billy in '98, but we never got around to releasing the damned thing. Eventually, eventually...

Remixed and produced Jan-Feb 1998 in Athens, GA by Billy Taylor from Where a Horse Has Been Standing and Where You Belong dub templates.

Where a Horse elements mixed 1997 by TS at Microgroove, Atlanta, from the original Wigmaker in Eighteenth-Century Williamsburg masters.

(We were riding the texts pretty hard.)

The Edge of Urology (Version) was remixed by Tom Smith in May 2011 from the original Amour Fou masters for inclusion on the KSV reissue.