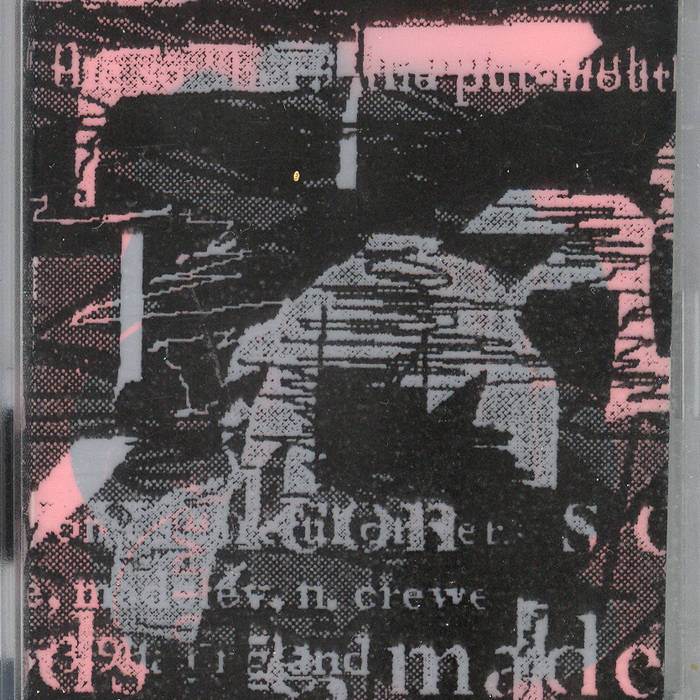 Although transferred to hard disc at 96000 Hz / 24-bit, then converted to 16-bit to conform to Bandcamp's posting norms, this is still pretty goddamned no-fi stuff, owing primarily to the original cassette deck-to-cassette deck assembly, BWCD's third-generation transfer (necessarily, to low-grade tape stock), the ungovernable roar that was our 1995 live sound, and the absurd wind tunnel acoustics we captured via stereo cassette in the first place. Although the compilation underwent a cursory mastering pass in late '95 at The Studio in Miami, all I probably managed to do was brighten the inherent hiss and stir the already-smeared tonalities in the dregs of the moor... That noted, enjoy!!

Shavian scholars will note the appearance of tracks composed for 1994's completed, delivered, but never issued Prostitution Heute! EP ("Moschino Powerslum") and five pieces written for The Wigmaker in Eighteenth-Century Williamsburg (including three that were left off the album due to time constraints: "She Once Liked to Fuck a Drowsy Woman," "The Genealogy of Orestes (According to Trace-Horse," and "'Whore's Mug,' Sometime Fustigator").

01 No More Was Needed to Inflame My Balls
02 Pull Chains of Memphis
03 One Navel of Decline
04 Moschino Powerslum
05 Gone and Bitched Up
06 Wanna Bust Up a Virgin Ass?

07 She Once Liked to Fuck a Drowsy Woman
08 The Genealogy of Orestes (According to Trace-Horse)
09 "Whore's Mug," Sometime Fustigator
10 Honeycomb Tripe
11 New Poem Dramatized for Lux Cudgel

18 She Once Liked to Fuck a Drowsy Woman

Assembled by TS on 14 Oct 95 at The Studio, Miami, FL.
Composed and performed by TLASILA.
Produced by Tom Smith for To Live and Shave in L.A.