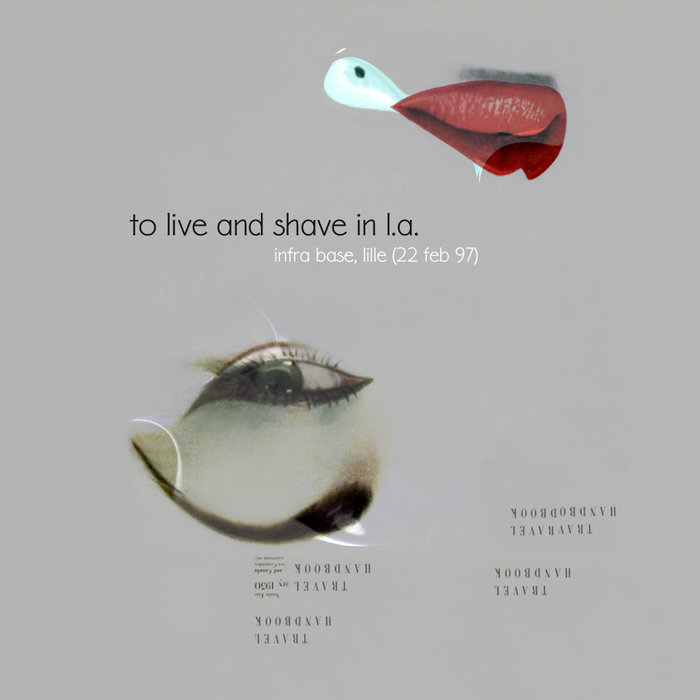 To Live and Shave in L.A.'s debut performance in France, accompanied by Andy and Tim from Evil Moisture. The Infra Base recording is befouled with random cut-ups, drunken monologues, and attendees screaming at the top of their mentholated rucksacks. A dutifully anomalous evening on a tour that engendered a higher order of aesthetic havoc.

Recorded on stereo cassette at Infra Base, Lille, France, on February 22, 1997. Restored from the original master at 96000Hz / 32-bit but NOT speed corrected (the recorder was obviously low on battery power), as the incremental rise in pitch only adds to the bludgeoned fun.

An Evil Moisture micro-set is followed by a Tim Mould cut-up, which is absorbed into the To Live and Shave in L.A. set, which was comprised of three varying versions of "Kopenhagen Lounge" from God and Country Rally! After the TLASILA performance, more cut-ups (this time from both Andy and Tom), then convulsive laughter, then chaos. Fade to emetic mauve.