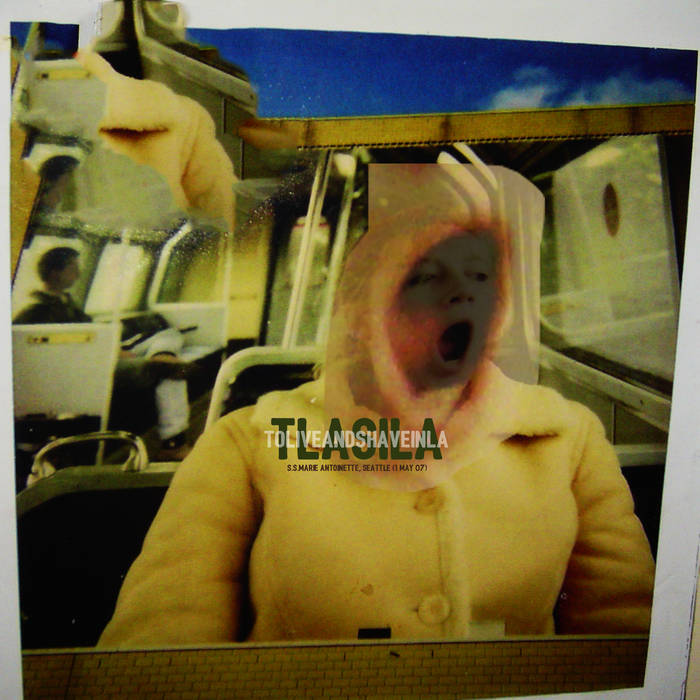 Originally issued as half of a split cassette with Sparkle Girl on the Soccer Mom Ebonics label as SME 039 in an edition of 100. This version created from the master recording in May 2015.

Seattle's upwardly proletariat gauze muted our energies to a measurable but no less potent extent. Wound configurations resembled those gouged by rotisserie tines rather than thresher scythes...

Prior to an all-ages set at quayside kolektiv S.S. Marie Antoinette, Rat, Graham, Ben and I indulged in an early 90s second unit nostalgia reverie by visiting Snoqualmie Falls. The Double R Diner (Twede's), the Great Northern Hotel (Salish Lodge), and the falls, which were predictably spectacular. We hiked the park, hopped back into the SUV, and roared into Rain City.

The premiere display took place, as mentioned above, at the SSMA, where noise saplings bent in the wind of the geist. A great space; we were compelled to compose new pieces in honor of the occasion...

Goddamn To Live and Shave in L.A. The long-burrowing freak collective appear to have mastered the art of having their cake and devouring yours too. 30-Minuten Maennercreme was a high-velocity assault, Vedder Vedder Bedwetter a blistering roar of hate, Wigmaker a stunning, flawlessly disruptive meta-narrative, and Noon & Eternity a slick, IMAX worthy dissertation on a homeland gone wrong. They waltz from one style to the next, mastering them and moving to the next. That they leave errors and curious flaws intact only adds to their luster and probably creates as many enemies as supporters. (Brainwash's weirdly idiotic review of last year's medieval wormhole mashup Horoscope immediately springs to mind.) TL&S's half of the new split cassette (with Seattle's Sparkle Girl) on Soccer Mom Ebonics powers the point home. It's a stunning 20 minutes, sounding like automatic writing amplified, with narration by a psychopathic guidance counselor from a high school orbiting a neutron star. Hard to tell if the audience applause at the end was motivated by admiration, relief, or the threat of deadly force, but I wish I'd been there. This is anti-sex, anti-love, anti-music music of a very high caliber.

Recorded by Rat Bastard on the ratcorder. Restored from the original master at 96000Hz / 32-bit by Tom Smith at KSV, Hannover. Remastered on May 15, 2015.