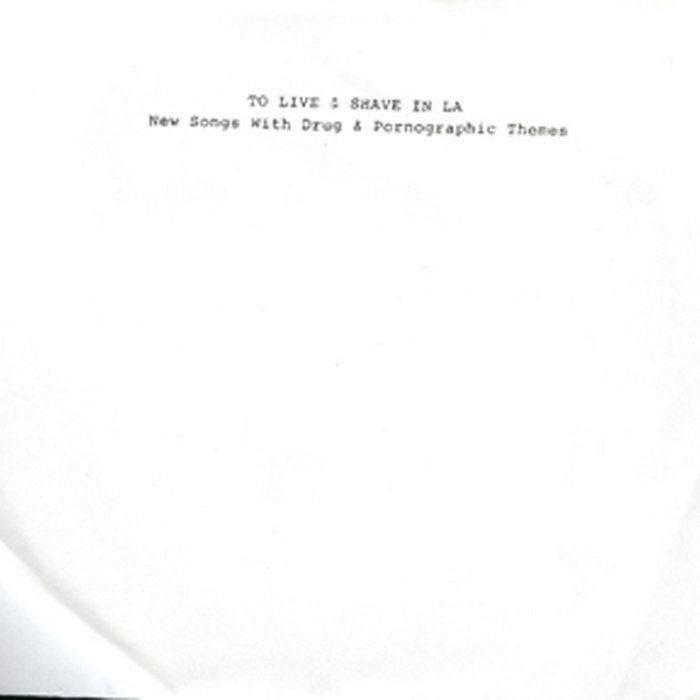 The Wigmaker in Eighteenth-Century Williamsburg didn't just require five years of post-production tinkering; it demanded deliberation. Many releases, each featuring wildly varying iterations of the Wigmaker's songs, were sent into the void. New Songs was the first out of the gate, followed by the Ride a Cock Overhorse EP for Menlo Park, the stark, self-explanatory Live Versions of Songs from "The Wigmaker in Eighteenth-Century Williamsburg" cassette on Chocolate Monk, the obliquely-titled "Her-Her," the So "Her," the Put-Mouth live cassette on Betley Welcomes Careful Drivers (the compilation's moniker derived from a list of pulp porn cut-ups I'd made one balmy beach afternoon), and the 1998 Western Blot meta-dub hair-pulling exercise Where a Horse Has Been Standing and Where You Belong.

The five years were productively spent, and the payoff seems to have been worth the effort. (Pondered he, with requisite modesty...)

Neither of the songs had anything to do with narcotics or coition, of course. The inestimable Ned Hayden, always the first to lob a roofing tile into a hospital burn unit, asked prior to our delivery of the New Songs master, "This isn't going to be another bunch of crap about drugs or porn, is it?" No, dear Ned, it was not. (At least, they weren't about those subjects.) The EP title was strictly intended to inflame Mr. Hayden's oft-fanned ire. Good sport that he was, he allowed the insult to pass, and agreed to our packaging edict: no information whatsoever (save what was required by Caroline's attorneys), white labels, and the lowest possible budget sleeves.

After mixing down the Churchill's tracks, I transferred the DAT master to cassette so I could listen at home. (No CD burners or iPods in '95, remember?) The tape was subsequently eaten by my car's unreliable stereo, but I was able to recover the cassette's gnarled iron-oxide intestines. I so enjoyed the concrète overlay of drop-outs and wrinkles that I used the damaged reference tape for the side two master. In addition to Rat's fractured, treble-besotted bass and Ben's Morse oscillations, the more astute among you may discern the odd Christian Marclay fragment within the whorl. Those cut-ups nestled uneasily to loops of my voice extracted from first-take studio run-throughs of the very lotus sepals you can hear assayed live on New Songs.

It didn't sell well at all.

On the path to the Wigmaker...

01 To Backstab, To Schism
02 Fills Mouth and Cunt with "Pathetic Route"

Recorded by May 1995 by Ariyah Okomoto at Churchill's Hideaway, Miami. Mixed and produced by TS.