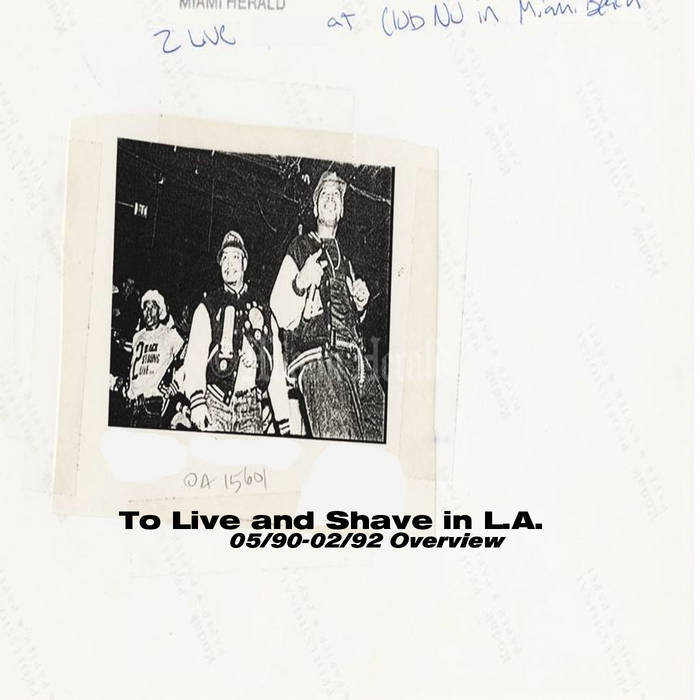 Tom Smith began To Live and Shave in L.A. in May 1990 with a group of demo recordings and tape manipulation experiments that established the template for what (by 1993) would become the (early) signature sound of the project / collective.

Throughout 1991 and 1992, the laboratory hummed and experiments continued, eventually culminating in both unissued works ("The Lineaments of Gratified Desire" and "My Limp Went Husserl on Me" albums, and the "Spatters of a Royal Sperm" EP), and the official debut album, "30-minuten männercreme."

For your edification, a 4:19 chronological overview, beginning with the very first TLASILA demo, "Jad," recorded May 15, 1990, and ending with crazed Miami AM radio static from February 1992.

Distilled from five hours of the very earliest material, recorded in southeast Georgia (May 1990-March 1991) and south Florida (March 1991-February 1992).