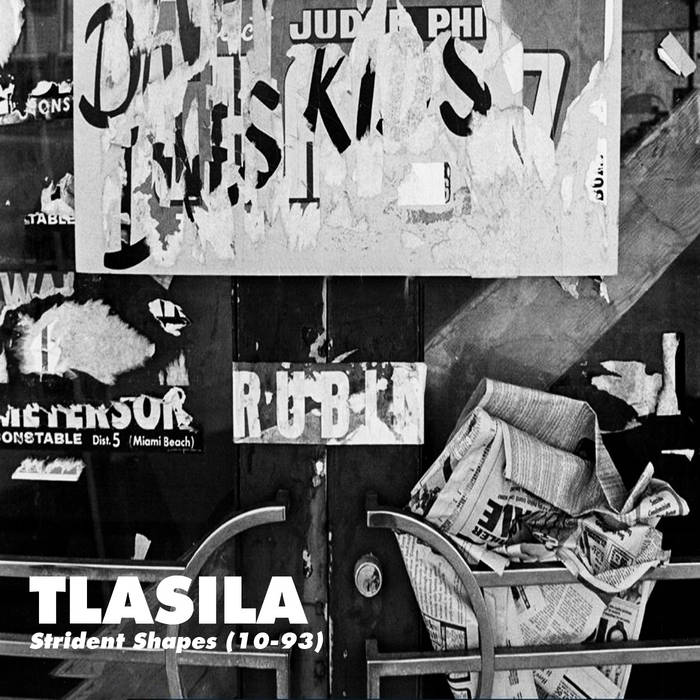 "Strident Shapes" was recorded in October 1993 by Tom Smith at Telemundo Studios, Hialeah, Florida. Its backing track was pilfered from a no-name library music CD found at the studio, and Smith's vocal was improvised over the "Urgent Sports Highlights" riff in one take. Several of the songs featured on TLASILA's debut album, "30-minuten männercreme," had similar aesthetic origins: "Get Fit to Herbie Mann," "Stars of Fingers," and the album's opener, "Long Reach Composite," were one-take vocal improvisations slathered atop cut-ups of Miami AM radio broadcasts. "Strident Shapes" mined this vein, but it and a dozen similar library music improvisations were shelved by Smith in favor of more frenetic explorations.