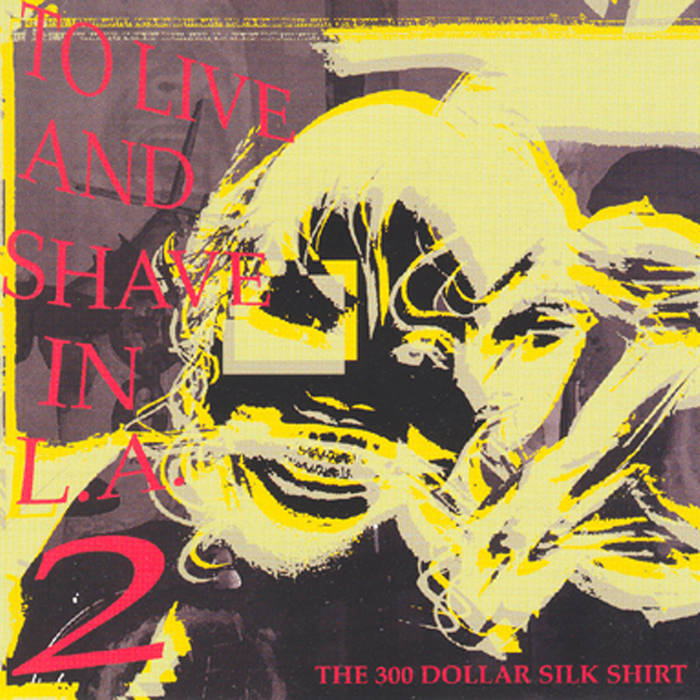 More a rubber chicken wielded by entitled degenerates than a scabrous rebuke, "Silk Shirt" is nonetheless a comic masterstroke and a must-rim for sound-pervs of less ecumenical stripes.

Tom Smith: "After a shameful bout of quibbling I accepted the soft, Oldenburg beatdown and became a better bastard for it."

"Yes, the hatchet has indeed been buried, and with hearts a-flutter we are pleased to assist Mr. Weasel Walter in presenting the homage/bootleg/rebuke/hubris-pummeled freak-platter depicted above. Its latter half a WNUR-FM studio session from TLASILA's 1999 American tour, the majority of its sleeve acreage festooned with snaps from that same, blood-splattered trek, with an ever-so-slightly skewed central thesis (that Mark Morgan [Sightings], Elyse Perez [Costes, Cock ESP], and the late Gerard Klauder [dozens of warped aggregations] somehow lacked "distinction"), 300 Dollar fairly cries out for help. Despite and because of those determinedly contrary ironies it's a must-own recording and a bracing reminder that whatever you're listening to probably 1) sucks, and 2) desperately needs to be radically detourned, remixed, or immediately tossed into the nearest incinerator. Please, buy as many copies as you're able to afford, and keep these bug-eyed, Raid-huffing orphans off the mean streets of Yourtown, USA! You don't want this thug of an album wandering around your rose gardens at dusk..."