The Tall Ma'rib with Coalition Skin (reworked and extended 2016 edition) 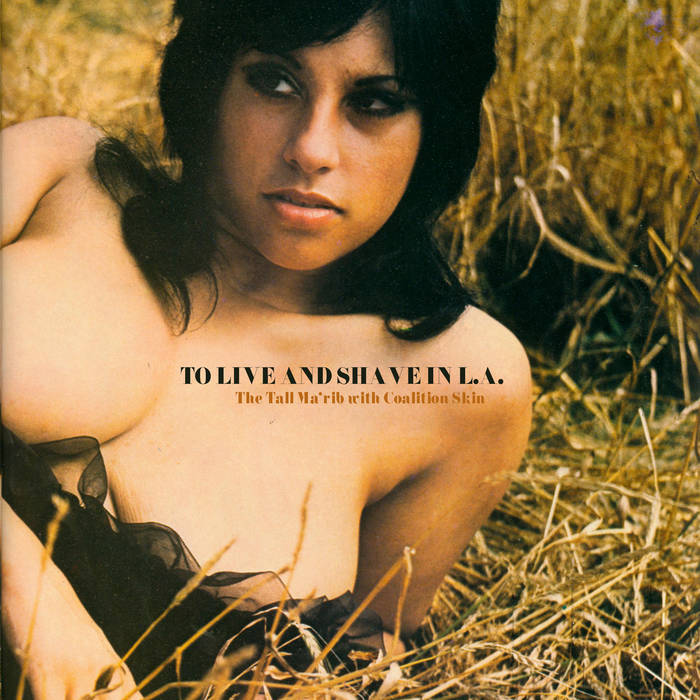 Originally scheduled for a December 2014 release on Karl Schmidt Verlag, then delayed, and finally withdrawn following the KSV archive crash, "The Tall Ma'rib with Coalition Skin" is a forensic study (and stochastic reconstitution) of thirteen early, brazenly chaotic performances by TLASILA.

Churchill's Pub in 1993 was a smudged, nondescript box looming from the industrial despair of Miami's Little Haiti neighborhood. It was haunted by alcoholic, rugby-besotted cuckolds, prostitutes, and the usual smattering of slumming intellectuals and avant-garde creeps. Its proprietor, Dave Daniels, may not have enjoyed the music of To Live and Shave in L.A., but he nonetheless allowed the nascent group to blast away at odd hours for a two-year stretch with minimal oversight.

TLASILA was initially just Tom Smith. A single cassette deck, a cheap radio, a sheath of lyrics, an abused microphone. Rat Bastard began recording Tom at his Sync Studio bunker (on Miami Beach's then-dessicated Lincoln Road) in the autumn of 1992, but didn't formally perform live with him until the pair had completed the "30-minuten männercreme" album in November 1993. For the first year of their collaboration, Rat stalked the soundboard while Smith sputtered and roared from the stage. Those live (8 and 16-track ADAT) recordings are plundered herein.

Film students Oscar Perez and Tigra Derougemont (aka The Lady Tigra, from teen hip-hop duo L'Trimm) often leapt into the fray, and their instinctive yelps and caustic asides both inform and comment on the proceedings. Harry Pussy's Bill Orcutt popped up on occasion, either playing guitar alongside Smith or heckling into the din from Churchill's inevitably empty main room.

TLASILA's 1993 performances didn't have to conform to entertainment norms - there was no one to entertain.

"We rehearsed in public for years," said Smith, during a 1994 radio interview in Miami. "Our first twenty shows were probably played to a total audience of seven, alcoholics all. We're still playing to drunks, but at least we have a better class - or, a far more wasted sub-sect - of drunks to play to."

This was an exaggeration - there may have been upwards to 100 humans in attendance for the initial score of Churchill's gigs, but the jape was surely not lost on anyone who was there. It was desolate, and hardly anyone cared.

In other words, TLASILA enjoyed perfect conditions. They could flail and stumble and hone their experiments within a zone of insensate indifference. As the months passed, the maelstrom began to take shape...

This recording was assembled from 15- to 45-second segments of soundboard audio from thirteen To Live and Shave in L.A. performances from 1993. All were recorded by Rat Bastard at Churchill's, Miami.

Originally scheduled for release December 24, 2014. This is Tom Smith's reworked version, which runs seven minutes longer than the original mix. It was completed on October 3, 2016.

Photography and design by Karl Schmidt.
Mastering by Linda, Viola and Uwe at the Slab, Cluj.

If you like The Tall Ma'rib with Coalition Skin (reworked and extended 2016 edition), you may also like: