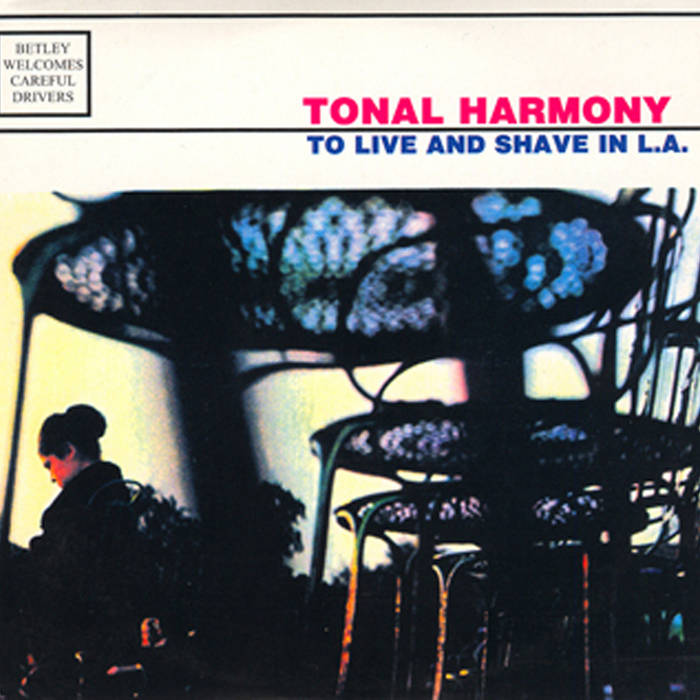 "Premonitory," as the "(B)" infers, was a lean, re-tooled version of the second track from TLASILA's (still-unreleased) 1996 album "Commmiinnggg! and Practis'd the Black Art." John Morton from the Electric Eels provided a locus of doubt. "The Snake Whose Head Would Not Be Crushed" was kicked off "The Wigmaker" due to time constraints. (I'd written 29 songs for the album, but only twenty could make the final cut.) The version of "Snake" that slithered into "Tonal" was re-shaped from the ground up, using only Ben Wolcott's electronics from the original session and layering another oscillator from Silver Apples' Simeon Coxe to bleed out any errant sweet spots. I suppose my vocals could have been more of a bludgeon on the first two tracks, but I was grinding atop the moment and chose to emote upon the blood-streaked camisole of spontaneity. "Untitled Song for Six Voices" shatters and thrusts and murders propriety. And repeats. I built the track around a dubbed-out vocal line pilfered from "Wigmaker" outtake "Strip But This Puppet," supplanted it with another five discrete vocal sections, undergirded it with a leftover edit from the previous year's sessions with Chicago stuporgroup Miss High Heel, and roughed-up Rat and Ben's instrumental parts during the mixdown. Everything I wanted TLASILA to be is contained therein. Finally, "Volponi Museum," an obliterative assault on 30-mm's "Lena Krasner 1949," with all supports jettisoned, save a shattered version of the original backing track, unsparing vocal mute-edits, and Bill Orcutt's guitar from the '93 sessions, tethered only to id.

Recorded by Tom Smith at Microgroove Studios, Decatur (Atlanta), and The Studio, Miami, from May 1996 to May 1997. Mixed and produced by Tom.