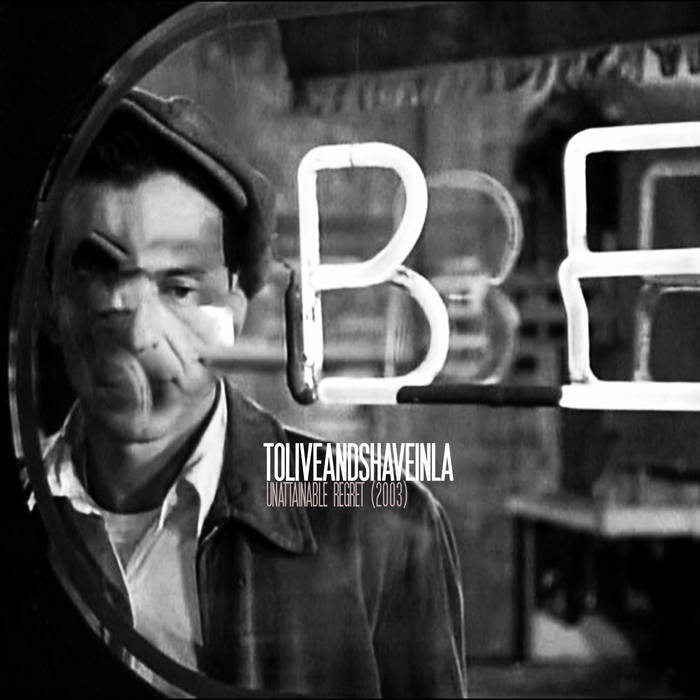 The release of The Wigmaker in 2002 slammed the door on the Shave clone contagion and Phase III of the group's progression, and Ohne 1 lit the fuse that would destroy any notion of our obligation to genre. We were acclaimed, freed from restraint, and dissatisfied. Much of the peripheral work we created between 2003-2005 attacked aesthetic impasses and procedural obstacles: TLASILA's A Drained Panorama, Memories of Underdevelopment's Throat of a Black Kitten, After That It's All Gravy's Band on the Run, and Unattainable Regret, the precursor to Horóscopo: Sanatorio de Molière. Regret took five albums (by Negative Reaction, Jac Berrocal, AMM, Throbbing Gristle, and the Live at Target compilation) and reduced each to a 5-7 minute piece. The exercise was never intended for release, especially as work on Horóscopo was already underway. It was one of many such experiments undertaken prior to Ben Wolcott rejoining the cabal and before Andrew W.K., Chris Grier and Mark Morgan linked up with us to begin the recording of Noon and Eternity at the onset of our raucous 2004 American tour.