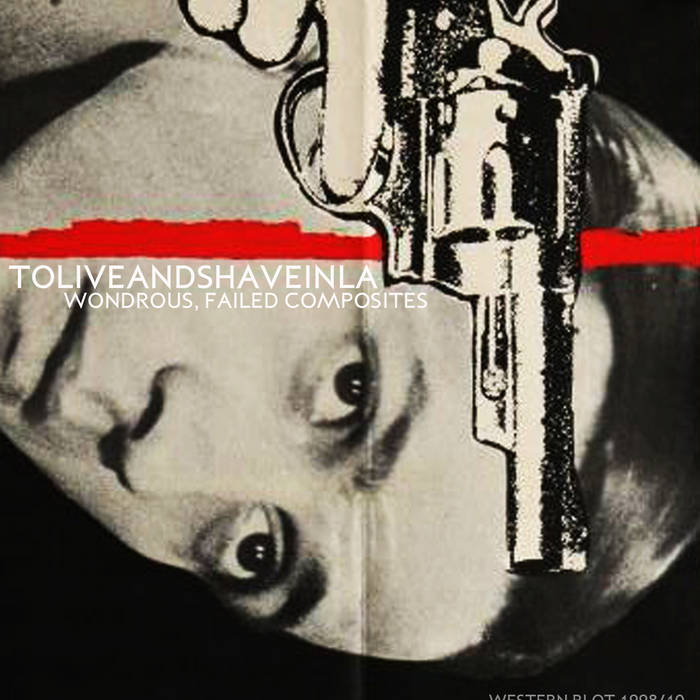 Wondrous, Failed Composites was released by Betley Welcomes Careful Drivers in December 1995 (on a split 7" with lovely, catarrh-besotted UK weirdos Ceramic Hobs). (The TLASILA tracks were reissued on a limited-edition C-15 in 1998 via Western Blot in advance of a European tour.) "Failed" melded a pair of new songs assayed August 18, 1995 on Columbia University's student radio outlet WKCR-FM to a muffled shriek of despairing desire. The station's recordings were unusable, and my stereo cassette versions sounded like the sighs of corrupted pipe fittings, or maybe a Flowmaster muffler on an electric pencil sharpener. So far, so foul. I took the tracks back to Miami, recorded new vocal overlays and made loops and stabs from those and bits of György Ligeti, James MacDonald, and film dialogue from Richard Pryor (from Paul Schrader's titanic "Blue Collar") and Don Johnson's "your brother was a punk" scene from John Frankenheimer's ever-underrated "Dead-Bang" (which seemed to mirror the simultaneously lurid and prosaic tone of the text), mixed it down, and sent it into the uncaring void. Compositionally, however, "Failed" served as another gateway release to "Wigmaker," and more importantly, as an escape hatch to a far more alluring unknown. A slurred template, re-shuffled and buttressed, with sabotaged narrative. The two tracks are a fucking mess, really, but their unresolved nature gave me a massive art hard-on at the time. Just my clozapine tort.

Additional recording by TS at the Studio, Miami, on November 15, 1995.

Mixed and produced by Tom.

With thanks to Phil / Betley, WKCR-FM and Ceramic Hobs.